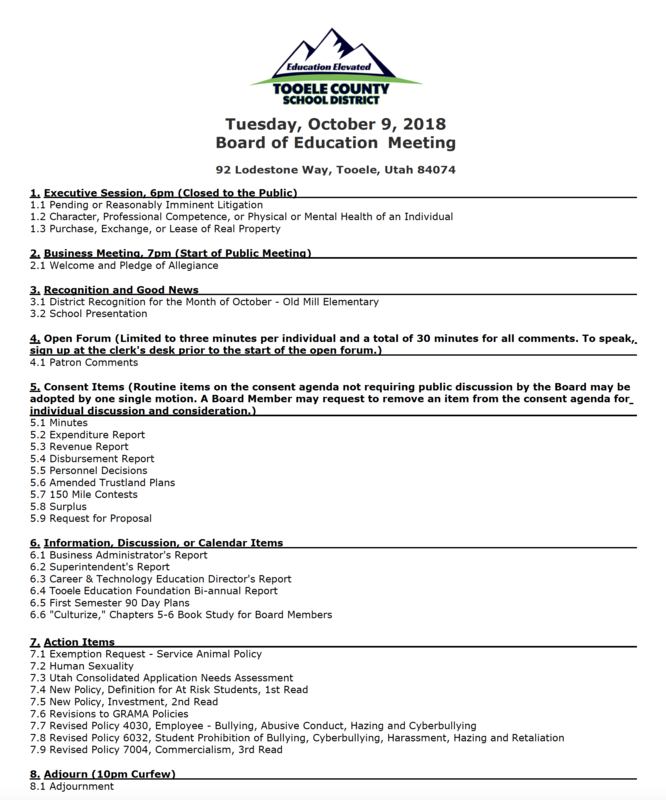 Board of Education Meeting - October 9th

Join us October 9th for the Board of Education Meeting. Public session begins at 7 p.m. in the board room at the district office, 92 Lodestone Way, Tooele.
Published October 9, 2018 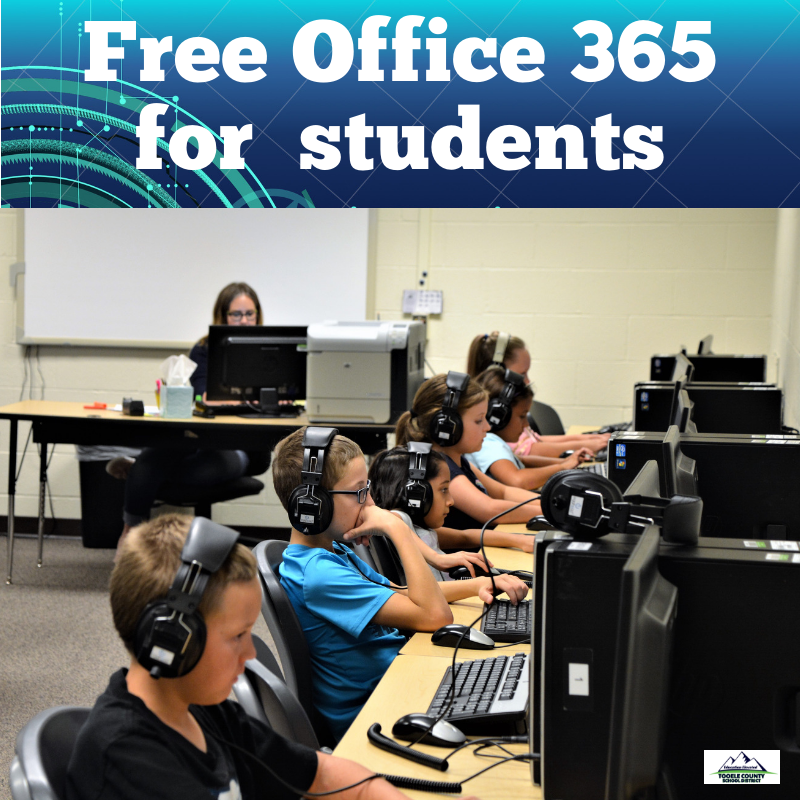 Tooele County School District is pleased to announce 7th through 12th grade students now have access to an Office 365 account and a district email address. The accounts were activated Thursday, Aug. 30, 2018, after a lot of hard work between Microsoft and the TCSD Information Technology Department.
Published September 6, 2018 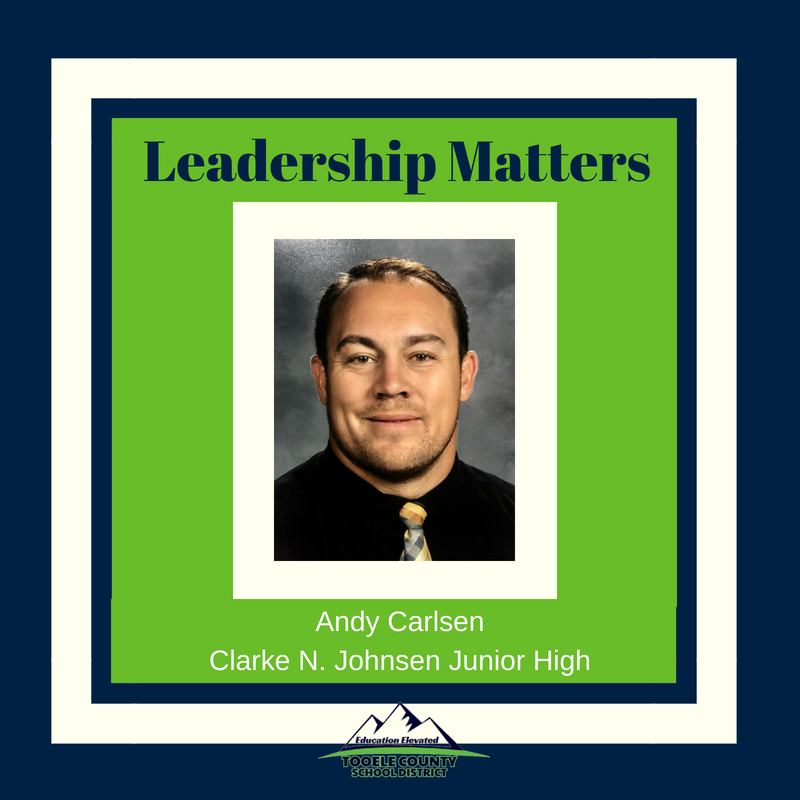 Leadership Matters - Back to School Routines

Summer has ended and school has begun. It’s time to get back into the swing of a nightly routine. Andy Carlsen, Clarke N. Johnsen Junior High principal offers tips and encourages parents to reach out to teachers.
Published August 23, 2018

When it comes to leadership roles this school year, Tooele County School District will welcome five new employees to the district, while strategically moving 12 current employees to new roles.

“Leadership matters! The hallmark of a great school begins with great teachers supported by great leaders,” said Dr. Scott Rogers, TCSD superintendent. “Kids need both to grow and achieve. We are very strategic about moving people where they will succeed and we are thankful for all these wonderful educators who are part of our TCSD family.” 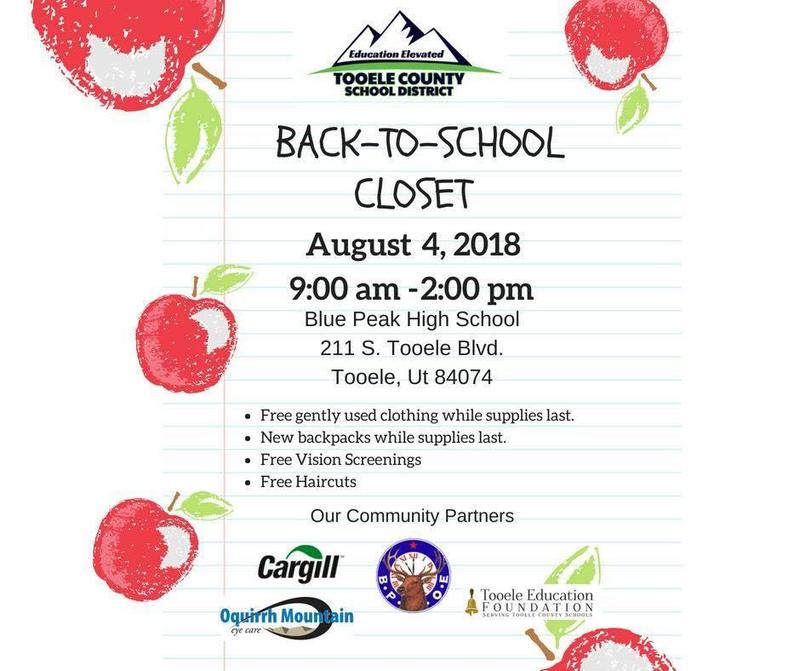 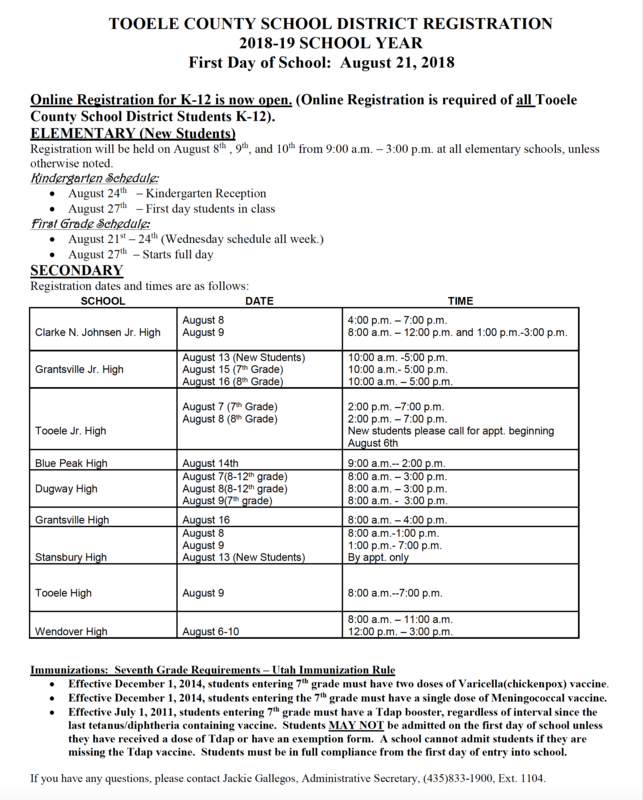 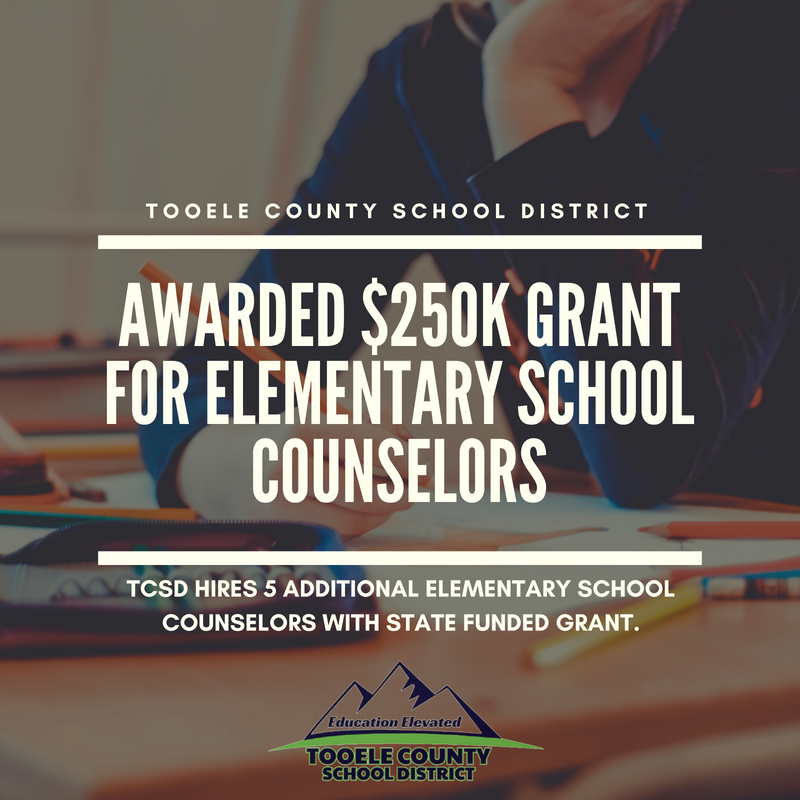 District to hire additional elementary counselors thanks to grant

Earlier this month a $250,000 state grant was approved for hiring five additional elementary school counselors in the Tooele County School District. The new hires will begin in August just in time for the 2018-19 school year.
Published July 18, 2018 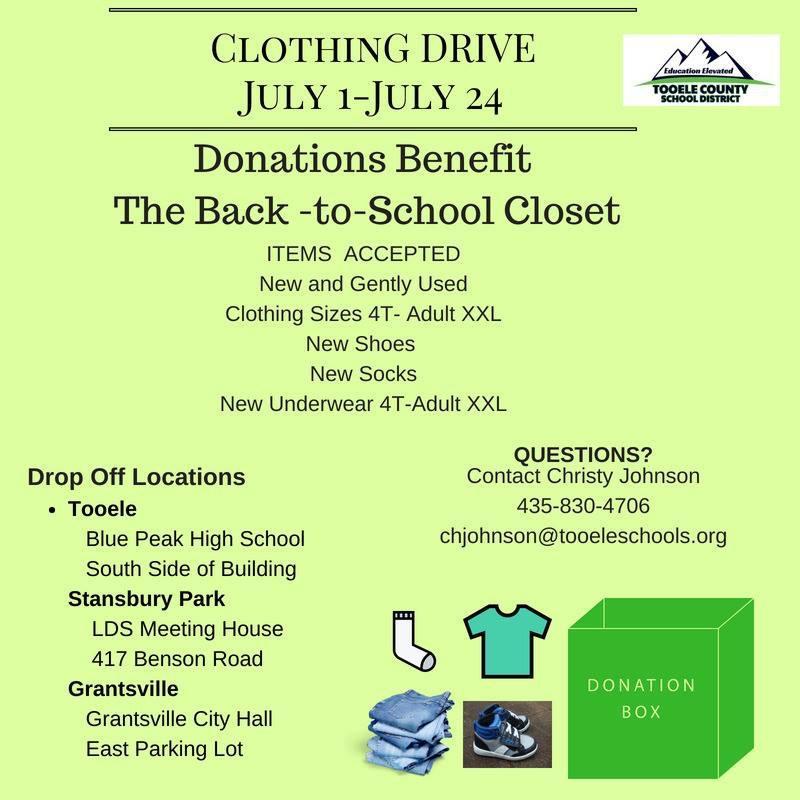 Back to School Closet accepting donations 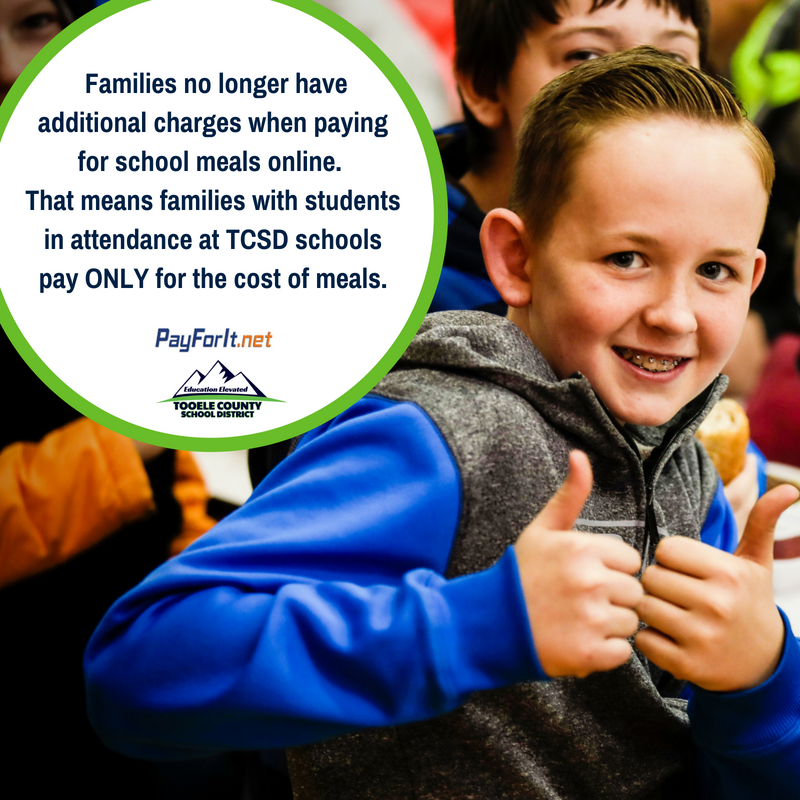 You asked, We listened -- No additional charge for online lunch payment

PayForIt is a secure and easy method to pay for school meals online. Those who have used the school lunch payment system know how convenient it can be. What isn’t convenient is the additional user charge for each transaction.
Published June 27, 2018 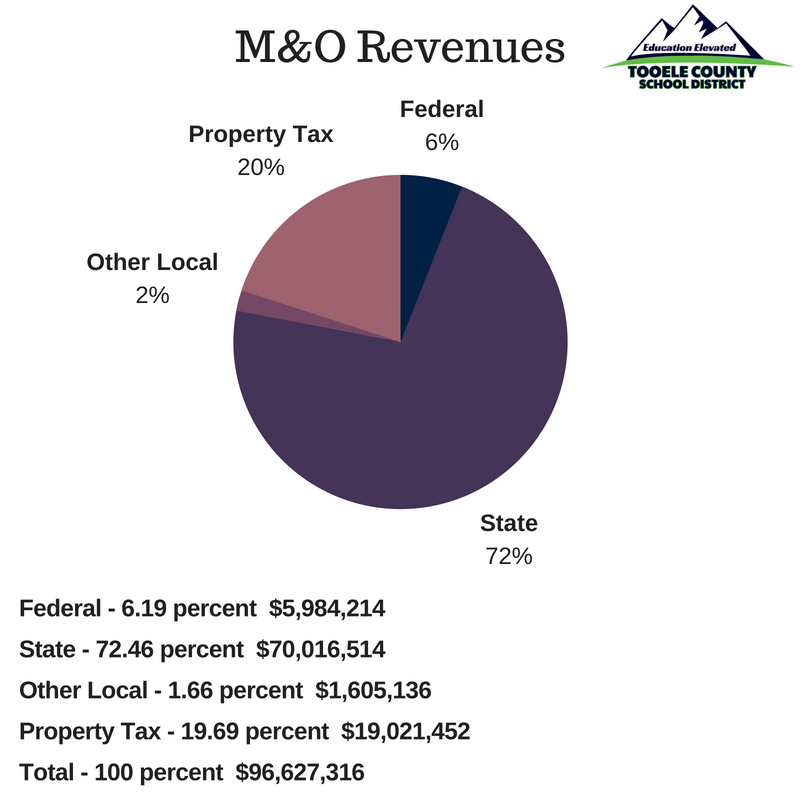 Tooele County School District is committed to being open and transparent with the public regarding school district finances.  For the 2016-2017 school year, the district had General Fund expenditures of $94.225 million which was a 8.59 percent increase from expenditures in the 2015-2016 school year.  Revenues have increased as well, which has been a great for our district.  For the 2016-2017 school year revenues received consisted of roughly 19.69 percent from local property taxes, 1.66 percent from other local sources, 6.19 percent from federal appropriations, and 72.46 percent from state income taxes.  In other words, approximately 93.81 percent of our revenues are from state and local sources.
Published June 11, 2018